Mr. Justice M. Enayetur Rahim has joined as the Chairman of the International Crimes Tribunal-1 on 24th February, 2014. He is a sitting judge of the High Court Division of the Supreme Court of Bangladesh.

He was born on 11th of August, 1960 in the District of Dinajpur, Bangladesh. His father Mr. Md Abdur Rahim is a renowned Lawyer, practicing in Dinajpur Distirct Bar, and he was a Member of Constituent Assembly (MCA) and also a Member of the ‘Constitution Draft Committee’ of the People’s Republic of Bangladesh and a signatory of the Constitution and the Chairman of ‘West Jone -1′ under the Mujib Nagar Government during the historic liberation war of 1971 and had played a leading role in organizing historic liberation war. Mrs. Nazma Rahim, a house wife, is the mother of Mr. Justice Rahim.

Mr. Justice M. Enayetur Rahim obtained M.A (Mass Communication and Journalism) and LL.B Degrees from Dhaka University. He enrolled as an Advocate of the District Court, the High Court Division and the Appellate Division of Bangladesh Supreme Court on 30.10.1986. 02.01.1989 and 15.05.2002 respectively.

On the 30th of June, 2009 he was elevated to the Bench as an Additional Judge of the High Court Division of the Bangladesh Supreme Court and eventually appointed as Judge of the same Division on the 6th of June, 2011. Before elevation to the Bench Mr. Justice Rahim had been serving as the Additional Attorney General for Bangladesh. As a Lawyer in private capacity and as Additional Attorney General, he conducted a good number of cases relating to Civil, Criminal and Writ matters. Some of the cases have been reported in various Law Journals like, Dhaka Law Reports (DLR), Bangladesh Legal Digest (BLD) and Bangladesh Law Chronicles (BLC).

Prior to the present assignment as the Chairman of ICT-1, Mr. Justice Rahim, as a Judge of High Court Division of the Supreme Court of Bangladesh for the last two years had presided a ‘motion’ Division Bench having criminal jurisdiction.

While Mr. Justice Rahim was in the Bar, he was elected as the Secretary of Supreme Court Bar Association in 2005 and a Member of Bangladesh Bar Council from General seat in 2008.

Mr. Justice Rahim participated in the International Seminars held in Hong Kong, 2006 on the issue of ‘Human Rights’, organized by Asian Human Rights Commission and Cairo, Egypt, in 2009 on ‘International Asset Forfeiture’, organized by US Department of Justice. He also participated in Second Asian Judges Symposium on ‘Environment: Natural Capital and the Rule of law’, held in Manila, Philippines in December, 2013, jointly organized by Asian Development Bank (ADB) and United Nations Environment Program (UNEP). 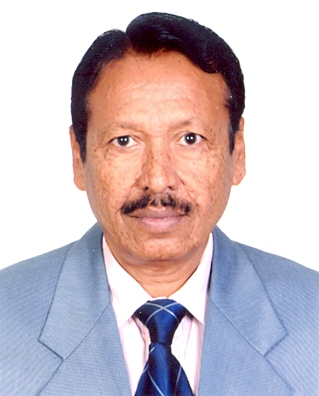 Mr. Justice Jahangir Hossain born on 31 December, 1959 in the district of Noakhali. He hails from a respectable Muslim family. Mr. Hossain completed his Master of Commerce (Major in Management) and Bachelor of Laws (LL.B) degrees under the University of Dhaka.

Mr. Hossain served as a Special Public Prosecutor in the Dhaka District court where he conducted many famous cases including Bangabandhu Murder Case. As an Advocate he dealt with so many Civil, Criminal and Constitutional matters in the High Court Division of the Supreme Court of Bangladesh.

Before being elevated to the Bench Mr. Hossain’s journey through the long path of Judiciary of Bangladesh was full of experience, knowledge and wisdom. Accordingly, on 18 April, 2010 he was elevated to the Bench as an Additional Judge in the High Court Division of the Supreme Court of Bangladesh and confirmed as a permanent judge of the said division on 15 April, 2012.

Considering his performance, integrity, honesty and experience Mr. Justice Hossain has been appointed as a member of the International Crimes Tribunal-1 on 29 August, 2012 and entrusted with the most significant, sensitive and sturdy duty related to the excruciating but glorious history of this nation.

Justice Hossain participated in the ‘SAARC Law Conference’ held in New Delhi, India in 1995 as one of the delegates. Apart from this, Justice Hossain visited many countries including United Kingdom, Australia, Singapore, Malaysia, Sri Lanka, China, India, Thailand, Nepal and Bhutan. 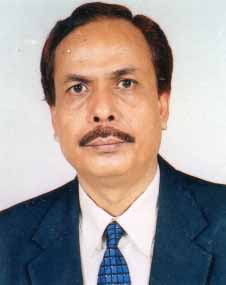 Mr. Justice Anwarul Haque has been serving as a member of the International Crimes Tribunal- 1 since 25/3/2012. His Lordship Mr. Justice Anwarul Haque is a sitting Judge of the Supreme Court of Bangladesh. He was born on 01st August 1956 in the district of Dhaka. He served in the judiciary of Bangladesh in different capacities since 1981 to 2010. He had his LL.B (Hons) and LL.M from the University of Dhaka. He successfully completed graduation (Ad. Dip.) and diploma in legislative drafting from the University of the West Indies, Barbados. He joined the judicial service of Bangladesh and started his career as Munsif (Assistant Judge) on 1st December 1981and was promoted as District and Sessions Judge on 13th July 1997. Apart from being a senior District and Sessions Judge, he served as the Secretary, Law and Justice Division, Ministry of Law Justice and Parliamentary Affairs, Government of the People’s Republic of Bangladesh. He was elevated as Additional Judge of the High Court Division of Bangladesh Supreme Court on 12th December 2010 and was appointed Judge of the same Division of the Supreme Court of Bangladesh on 10th December 2012. Being a career judge, he has vast experience on civil and criminal laws.

He had participated many seminars, trainings, symposiums and study tours in USA, UK, Australia, West Indies, Sri Lanka, Morocco, Kenya, Nepal, India, South Korea, Hong Kong and Malaysia. He also visited France, China, Singapore, Saudi Arabia, UAE and Thailand. He was the Chairperson of the governing board of the SAARC Arbitration Council, Member of the National Pay Commission 2008, Member of the Bangladesh Judicial Service Commission, Chairman of the National Minimum Wages Board and Member of the Bangladesh Film Censor Board. He is a Member of the Commonwealth Association of Legislative Council. He is a regular resource person of the Judicial Administration Training Institution (JATI). On 25/03/2012, the government of Bangladesh, in consultation with the Chief Justice of Bangladesh, appointed him as the member of the International Crimes Tribunal-1.

Mr. Justice Obaidul Hassan, born on the 11th January, 1959, in Mohonganj, Netrokona, Bangladesh. His father Dr. Akhlaque Hossain Ahmed (late) was one of the signatories of the Constitution of the People’s Republic of Bangladesh (Former MCA) and he was also one of the notable organizers of Bangladesh Liberation War. He completed his B.S.S. with honours under Dhaka University and his M.S.S. in Economics under the same institution. He also studied law and gained in LL.B degree from the same University attends.

In the year 1991, Justice Hassan attended the International Lawyers Conference in Hong Kong as a practicing lawyer. He even conducted an International Arbitration case against the Pakistani Company, Pakistan International Airlines (PIA) on behalf of Bengal Airlift, a Bangladeshi company, in the year 2006.

Mr. Justice Obaidul Hassan also served as Assistant Attorney General and Deputy Attorney General during the five year period of 1996-2001.During this time he conducted many constitutional cases before the High Court Division as well as Appellate Division. Before his elevation, he focused on his private practice as a lawyer, conducting many cases relating to Civil, Criminal and Constitutional matters.

On the 30th of June, 2009, he was elevated to the Bench as an Additional Judge for the High Court Division of the Bangladesh Supreme court and was then appointed as Judge under the same Division on the 6th of June in 2011.

On the 25th of March in 2012, he was appointed as a member of the International Crimes Tribunal-2, subsequently on 13.12.2012 Justice Hassan has been appointed as Chairman of the same Tribunal and has been working in the same capacity since then.

Mr. Justice Md. Mozibur Rahman Miah has been serving as a Member of the International Crimes Tribunal -2 since 13 December 2012. Mr. Justice Rahman was born on 04 July 1965. He is son of Late Md. Yusuf Ali Miah and Late Most. Sharifa Khatun. He obtained graduation in law [LL.B (Hons)] and masters in law (LL.M) from the University of Rajshahi in 1988 and 1989 respectively.

He acted as Deputy Attorney General from February 09, 2009 till his elevation to the Bench. Justice Md. Mozibur Rahman Miah was elevated as Additional Judge on 20 October 2011. Numerous judgments delivered by both the Hon’ble Appellate Division and High Court Division have been published in various law journals so conducted by Mr. Rahman when he acted as an Advocate as well as Deputy Attorney General.

Justice Md. Shahinur Islam was born on 07 April 1958. He is the eldest son of Late Md. Serajul Islam and Late Shamsun Nahar. Justice Islam started his education in St. Joseph’s School, Dinajpur. He had his college education in Notre Dame College, Dhaka and obtained graduation in law [LLB (Hons)] from the University of Rajshahi in 1982 he and stood first.

Justice Md. Shahinur Islam joined the judiciary of Bangladesh on 20 April 1983, being qualified in 1982 BCS examination. He promoted to District Judge in January 2001 and served as District & Sessions Judge in Narail and Habiganj. He also served as the Member, Administrative Tribunal-3, Dhaka. After serving as the Registrar of ICT-BD since April 2010, he was appointed as Member of the second Tribunal (ICT-2) on 22nd March 2012.

On the 5th August 2013, he was elevated to the High Court Division of Bangladesh Supreme Court as an Additional Judge and on being appointed again Justice Md. Shahinur Islam has been working in the capacity of a Member of ICT-2 since 12 August 2013.

London, UK
He attended the 2nd biennial conference on war crimes organized by IALS(Institute of Advanced Legal Studies), University of London, Uk and SOLON held on 3 March, 2011 and he, as speaker, had to make presentation on “ structure & function of ICT-BD: Providing Justice”?

Dhaka, Bangladesh
He attended the international seminar on ‘old evidence and core international crimes’ held in Dhaka on 11 September 2011 organized by FICHL [Forum for International Criminal and Humanitarian Law] and as one of speakers he made a presentation on “ICT-BD and the Act of 1973 & Rules and how it ensures fairness”. The seminar was attended by the distinguished speakers Judge Alphons Orie, ICTY, Judge Milart ECCC, International co-prosecutor Andrew Cayley, Professor David Cohen, Dr. Patrick Treanor, Professor Morten Bergsmo.

The Hague, Netherlands
In the month of October 2011 he visited the ICTY, ICC, STL in The Hague Netherlands and had discussion with some distinguished judges, Prosecutors and ICTJ (Study visit).

Jakarta, Indonesia
In the month of November, 2011 he attended the two days long regional expert seminar organized by the ICTJ, Asia Division on ‘the challenges to prosecute war crimes’ and he presented a paper as one of speakers.

Obtained LL.B. (Hons) and LL.M. from University of Dhaka. Enrolled as an Advocate of the District Court, the High Court Division and the Appellate Division of the Supreme Court of Bangladesh on 16.08.1994, 29.09.1996 and 23.10.2014 respectively. Acted as Deputy Attorney General for Bangladesh from 09.02.2009 till elevation to the Bench.

Elevated as Additional Judge of the High Court Division on 12.02.2015. Presently working as Member of International Crimes Tribunal-I, Bangladesh since 16.09.2015.